Houston roads are among the busiest and the most accident prone roads in the United States. A number of these accidents occur because of speeding, distracted driving, failure to yield and more. If you are injured in an accident caused by the negligent actions of another driver, contact a Houston car crash lawyer to file a claim on your behalf. Below is some of the latest traffic news in Texas.

A Woman Falls Out Of A Moving Vehicle And Dies

A woman fell out of a moving vehicle on the North Freeway near Houston and died after being hit by another vehicle. Allegedly, the woman had been arguing with her husband who happened to be the one driving the vehicle. She partially crawled out of the car and fell out when the vehicle was at full speed. The woman is said to have been drinking when the incident occurred. The accident happened at 1 a.m. on Saturday November 16, according to The Houston Chronicle.

A section of Beltway 8 was closed after two vehicles caught fire after a crash but was reopened at 7.45 p.m. that same day (November 18, 2019). Several vehicles were involved in the accident and at least one driver was injured in the accident. The accident was reported at 5.53 p.m. on the Westbound side of the North Beltway at John F. Kennedy Boulevard.  Beltway 8 also had to be closed back in October when three vehicles were involved in a crash in the eastbound lanes near JFK. These types of motor vehicle accidents often cause a lot of delays. 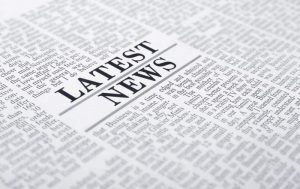 On November 8, 2019, a chain reaction accident led to three people suffering injuries. It all started when a gray car clipped a red car, which caused the red car to flip several times. The red car ended up on the other side of the road where it was hit by a grey pickup truck. The police say that the gray car fled the scene. Two people in the red car suffered injuries while the pickup driver suffered a cut to his hand. The car that fled the scene may have been a Chevrolet Impala according to witnesses.

Below is the up-to-date traffic information for some of Houston’s highways: