A T-Bone collision is when a vehicle hits the side of another vehicle. That means that the front end of the colliding car crashes into the side of the other car. Only a thin door and window acts as a barrier between car occupants and the colliding vehicle in such accidents. This means that passengers are more likely to suffer severe injuries or even death. The shattered windows that result from a t-bone collision only increase the likelihood of injury occurring. A resourceful and experienced car accident lawyer can help you pursue compensation for losses you incur in T-Bone accidents.

The at-fault driver in such accidents can be the colliding driver, or the driver of the vehicle that was hit, or a third party.  It all depends on the circumstances of the accident. For example, if a driver drives through a red light into an intersection and gets hit on the side, then that driver is at-fault.

In a situation, where your brake failed just when you were about to stop at a red light at an intersection, the manufacturer’s of the vehicle or repair technician could be at-fault. If you had the right way when the collision happened, then the other driver is responsible for the accident.  The most commonly reported causes of T-Bone collisions include:

Evidence In A T-Bone Accident 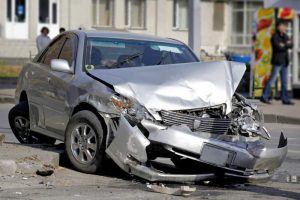 Compensation For A T-Bone Accident

Any injuries and property damage you sustained in a T-Bone accident that was not your fault makes you eligible for compensation. You may be entitled to compensation for:

These are just some of many damages you can seek compensation for. A resourceful car accident lawyer can help you estimate the compensation amount you deserve for the losses you incurred in a T-Bone accident.