Who Is The At Fault Driver In Changing Lanes Car Accident

Who Is The At Fault Driver In Changing Lanes Car Accident

Simply changing a lane can result in an accident if not done properly. What is so frustrating about such accidents is that you can’t really do much to avoid them. You never know when a driver will suddenly make an unsafe lane change causing their vehicle to crash into yours. If you are injured or lose property in this kind of an accident, you should know that you may be eligible for compensation. An experienced car accident lawyer can review your case and answer all your questions about legal options you can take.

The common causes of lane change accidents include:

These accidents can also happen when a driver merges into a lane of moving traffic and crashes with another vehicle. In such a situation, the merging driver is the at-fault driver.

Determining The At-Fault Party In A Lane Change Accident 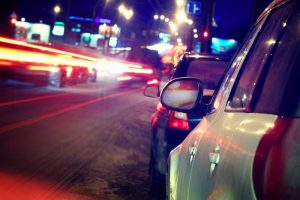 The at-fault driver in an unsafe lane change accident is the driver that enters a lane of traffic. The driver that enters a lane is also referred to as the negligent driver because the driver failed to act with reasonable care to protect others from harm. Every vehicle operator has the duty to act as a reasonable driver, and to avoid acting in a way that might cause injuries to other road users.  The Texas’s laws regarding safe mergers (safe lane changing) states that: