No one can predict when and where an accident will take place, but there are certain locations where accidents happen on a more regular basis. Car accidents occur regularly in locations such as parking lots, intersections, and on rural roads. It doesn’t matter whether you are a careful driver or not, accidents can happen to anyone. You are entitled to compensation if you are injured in any car accident caused by a negligent party. However, you will need to demonstrate that the other driver’s negligence was the cause of your accident for you to collect damages. An experienced car accident attorney can answer all your questions about your accident and help you collect compensation for your losses.

Why Accidents Happen In Intersections

T-bone crashes are the most common types of accidents that happen in those locations.

Why Rural Roads Are Risky 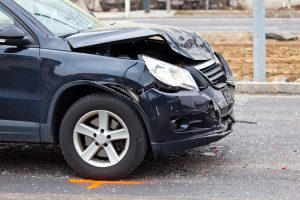 Rural roads are not as busy as roads in cities and that is why people think it is absurd that more deaths occur on two lane rural roads than on urban roads. The undeniable fact is that 47 percent of all fatal crashes in the United States occur on rural roads, according to the latest data from the U.S. Department of Transportation. Most of these accidents on rural roads occur on straightaways at night. The reasons for the number of fatalities on rural roads include:

While rush hour is not a particular location, it can determine whether an accident happens or not on roads in urban areas. During rush hour, tempers flare up easily as people struggle to get to work on time or arrive home on time. Drivers are also often fatigued and distracted in such situations. Fender bender accidents caused by rear ending are not uncommon in rush hour traffic. Such accidents are likely to happen early in the morning and late at night.

A Car Accident Lawyer Can Help

Any damage to your vehicle or any injury you sustain in a car accident can leave you feeling hopeless and frustrated. An experienced car accident lawyer can help you get compensated for losses you suffered in an accident on any location. Your lawyer will carry out an investigation with the help of experts to help gather evidence in order to build a solid case.