The American Century Casualty Company (ACCC) has its headquarters in Houston Texas. The company also does business in states such as Alabama, Louisiana, New Mexico, Mississippi and South Carolina. ACCC sells non-standard auto insurance policies, which simply means they focus on insuring drivers considered high risk by other insurance companies. These include drivers that have had prior accidents, drivers with bad credit, people who drive sports cars and more. To learn more about the American Access Casualty Company lawsuit contact an experienced attorney near you.


How To File A Claim With ACCC

You can file a claim through the ACCC website. An agent from the company may call you to handle the claim, but do not tell them anything they might use to deny your claim. Remember that ACCC just like other insurance firms, which means they are primarily interested in making profits not in paying you. The best way to avoid making a mistake is to seek legal counsel first before filing a claim. If you file without consulting a lawyer, you may fall victim to the company’s tactics to frustrate you by slowing down the claims process. Your lawyer can put a lot of pressure on them to help speed up the process. 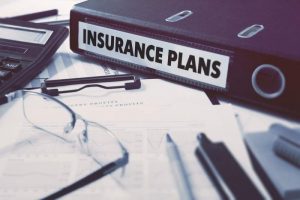 Before they accept your claim, ACCC will review car information for both parties and the police report. If they find fault, they will send a check to you if you are the claim owner. Texas is a comparative negligence state, which means that both parties involved in the accident can file claims against each other.

The party that is more than 50 percent responsible for the accident will receive nothing at all. If you are 20 percent responsible for the accident, you will receive a compensation amount that is reduced by 20 percent. However, even if you have a quick case, you may still get only a fraction of what you deserve if you go it alone without legal help.

Just take some time and do a Google search on ACCC Insurance rating and chances are that most of the search results will show a 1.2 Star Rating or even lower. Most of the reviews and ratings for ACCC on the internet are by people who have claims with the insurer because they were hit by an ACCC customer.

The many complaints against ACCC Insurance from people hit by the company’s policy-holders have led to an “F” rating for the company on the BBB website. A number of the reviews describe how hard it is to get the company to respond to claims by people who are rear-ended by ACCC policy-holders. If you find yourself in this situation, you need to hire an experienced attorney or file a claim on your own insurance as soon as possible.

Frustrating claimants is just a tactic that ACCC uses to save money. They ignore claims and intimidate claimants because that often results in claimants giving up on their claim. Since claimants are not their customers, they really do not care about the reviews given by claimants.

Is ACCC insurance going out of business?

Is the ACCC still in operation? No. Because it lacks the cash to continue operating, ACCC will be liquidated. ACCC was ordered to be liquidated by a Travis County District Court on December 30, 2020.