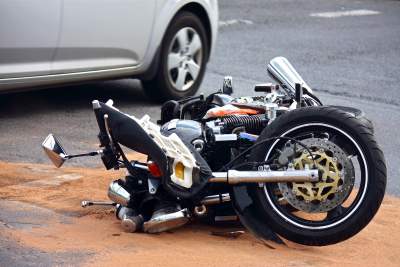 What does “Good Samaritan” mean in the law?

In personal injury law, the term “duty” comes up a great deal.

In general, people owe few legal duties to one another, other than to behave reasonably.

A “Good Samaritan” is a person who stops and renders aid in an emergency when he or she is under no legal obligation to do so.

A classic example would be an individual who happens upon the scene of a car accident.

Seeing an injured person trapped inside a vehicle, the Good Samaritan stops and attempts to render aid to the injured person. Learn more about good samaritan laws in texas by contacting an experienced attorney near you.

What are “Good Samaritan Laws?”

Does Texas Have A Good Samaritan Law

Most states have laws that deal with this situation. These laws vary from state to state, but they often address a common concern.

As a matter of public policy, states generally want citizens to go above and beyond their legal duties in aiding one another. However, states do not necessarily want to place a legal burden on individuals by forcing them to help one another.

But what happens when a person, desiring to aid another above and beyond what is required, accidentally makes an injury worse? Or what if the Good Samaritan is sued because of the way he or she rendered aid?

Fear of potential lawsuits might dissuade citizens from attempting to provide aid in an emergency.

Fortunately, these laws handle this concern by providing legal protections for Good Samaritans.

Does Texas have a Good Samaritan Law?

Texas protects its citizens through The Texas Good Samaritan Act.

“a person who in good faith administers emergency care at the scene of an emergency or in a hospital is not liable in civil damages for an act performed during the emergency unless the act is willfully or wantonly negligent.”

What this means is that if a person stops and renders aid in an emergency when there is no legal duty to do so, this Good Samaritan can’t be sued unless he or she was flagrantly negligent.

The Act offers significant protection to Good Samaritans attempting to aid injured individuals in emergency, thereby encouraging citizens to attempt to care and protect one another from further injury.

Are there any Exception to the Act?

There are certain individuals the Act does not protect.

The Act does not protect:

What this means is individuals who expect to be paid and other medical professionals are not protected by the Act.

For example, if you were injured in a car crash and received negligent care in the ambulance, at the hospital, or by your physician, you could still pursue a lawsuit.

Looking for a Divorce Lawyer in The Woodlands, TX? Click here.

Does Texas have a Good Samaritan law?

Yes. Texas has the Good Samaritan Act, which states that “a person who in good faith administers emergency care at the scene of an emergency or in a hospital is not liable in civil damages for an act performed during the emergency unless the act is willfully or wantonly negligent.”

Are first responders covered by the Good Samaritan law in Texas?

First responders who give aid at an accident are protected under the law to some extent. (1) You must act in good faith, and (2) The injuring act must not be willfully or wantonly negligent.

Is there a “duty to rescue” in Texas?

No, there is no “duty to rescue” or render aid in Texas. However, to encourage a public policy of rendering aid where possible, Texas has enacted certain protections under the Good Samaritan Act.

Who is protected by the Good Samaritan Law?

Anyone who, in good faith, renders emergency care without acting willfully or wantonly negligent in doing so. However, exceptions exist for people who: expect remuneration, regularly administer such care, or certain healthcare professionals.