Insurance law in the U.S. varies from one jurisdiction to another. Depending on the type of insurance law it has, a state can be described as a “no-fault state” or a “fault state”. But there are also states where drivers are allowed to choose one of the two systems when buying auto insurance. Texas has fault based system of personal injury recovery and auto insurance. You need to talk to a personal injury lawyer to understand the details what a fault based system offers.

What Happens In A Fault or At-Fault System? 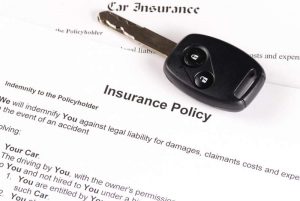 Since Texas has a Modified comparative Negligence rule, the injured driver and the at-fault driver can share fault for an accident. You can keep 100% of the damages if the at-fault driver was found to be 100% at fault. If the injured driver or plaintiff is found to be at least 51% at-fault for an accident, the injured driver will not recover anything in court. But if say the police determine that the victim is 25% at fault, the compensation amount will be reduced by 25%. For example, you will only receive $7,500 if you were eligible to collect $10,000 in such a situation.

In a no-fault system, each party involved in an accident is required to go to their own insurance companies to cover their injuries and damages. People in no-fault states are often expected to own personal injury protection (PIP). That means that you don’t have to prove that the at-fault party was responsible for your accident, which leads to you getting compensation for damages quicker than you would in a fault system.

However, if you experienced a serious injury or your medical bills reach a certain level, you may file a liability claim in a no-fault system. Different no-fault states have different thresholds for what makes an injury serious. For example, full disability for 90 days and significant disfigurement are some of the serious injuries in no-fault states. You can file a liability claim if you suffered only minor injuries.

When The At-Fault Driver Is Uninsured

When the at-fault driver is uninsured in an at-fault state, things can get complicated. However, your lawyer can help you get compensation from the at-fault driver’s employer if the accident happened while they were on the job. You may also be able to file a claim with your own insurance company if you carry Uninsured Motorist Insurance.